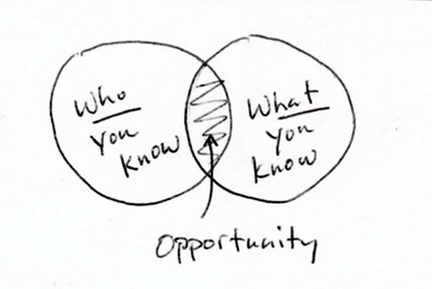 Lately I’ve been watching hiring practices. I’ve seen with my own eyes people who have manipulated the hiring process, whether falsifying a resume, getting a job because their buddy works there or climbing their way into a network without a genuine interest in the actual role but the income.

I get it’s survival of the fittest. For kids who are taught work hard and you’ll get the job, I think they have to be aware that there’s a lot more that goes into this. Whether someone is recommending someone they know personally for a job at their company, or it’s a political move to hire a certain kind of person, hiring practices are not always fair.

I want to encourage the student who is up against odds to watch and observe what and who is around you. Don’t just accept the rules thinking they are created fairly. They are not. But just because the rules are not fair doesn’t mean you don’t have a chance.

I want you to know that what you know still matters. Don’t think studying doesn’t put you at an advantage because even though the person who was hired pretended to know everything to get the job, the one who was diligent and is genuine in knowledge is the one who gets the furthest.

Don’t get distracted by the person getting opportunities because of who they know. In a sense we all know someone. Even when you don’t feel like you know the right people, the right person is still noticing you. When the right person has the opportunity to choose you, they will.

Values still matter. So keep working to be noticed by the right person who aligns with your value system and stop being distracted by the people in power who give false promises to people who fall for it.

Get grounded in who you are so that no one else can create who you are. Only you can do that. Then you will be able to have a strong foundation in what you should be doing and with whom you should partner with to do it.